For a long time a lot of people having been telling me that 5 Centimeters Per Second is a really good Anime Movie and last weekend I finally managed to sit down and watch it. Given the amount of praise it received I was expecting a little bit more so it didn’t quite make my list of favorites. What it did do, however, was make me think a little bit about how stories are generally told. I probably wouldn’t watch it again, but it was certainly different. 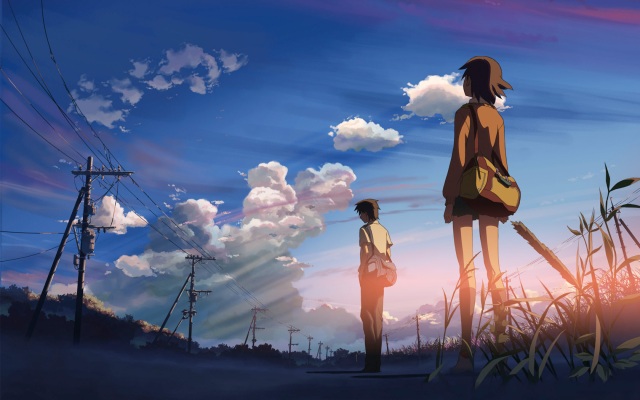 You see, 5 cm/s isn’t your normal movie and in my opinion really shouldn’t be treated like one. It tells the story of two childhood friends who are separated at the end of elementary school and ultimately drift apart. One of the two moves on, treating their childhood experiences as fond memories and nothing more, while the other never forgets their companion, ignoring other relationships in the hope that one day they will be reunited. It’s a little depressing really, but what makes it interesting is how the story is told. It’s hard to put it into words exactly why I feel 5 cm/s was different, but as a viewer I felt much more disconnected from what was happening than I normally do. There’s less focus on interactions between characters and more on what each characters is thinking and feeling as time passes. Do any of you get what i’m talking about? Maybe it’s time to move on.

My other accomplishment for the week was finishing (well, nearly) my first Manga series, “Negima! Magister Negi Magi”. Previously I haven’t had much to do with Manga, which is probably fairly obvious, but Negima was a truly entertaining and unique experience that leaves me wanting more in a very good way. 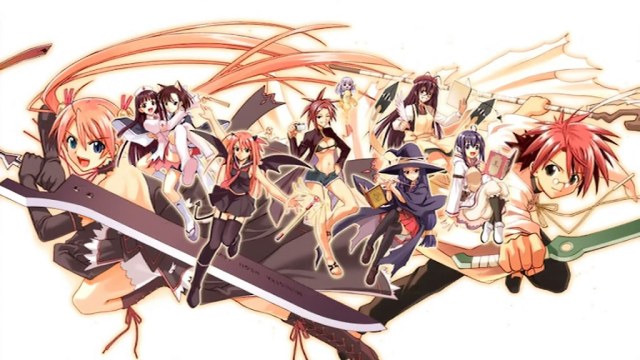 Following mage-in-training Negi Springfield as he starts work as an English teacher in a Japanese high school, you would be forgiven for thinking Negima was just another slice of life/harem story, though your misconceptions would be rapidly dispelled as the series transforms into an epic and compelling masterpiece (you do have to be able to see past the copious amounts of fan service, I must admit, though there’s less of it the further you read). Holding serious action in one hand, laugh-out-loud comedy in the other and excellent characters in its third (c’mon guys, I never said it had to have only two hands…), Negima is going to give me a significant case of PPD once i’m done with it. While some series have little to no character development, Negima’s characters practically smack you upside the head with it, meaning that you will become attached to them very quickly. People tell me the anime isn’t worth watching, but i’m not sure i’m going to be able to avoid checking it out.

The last thing I wanted to mention this week was the concept of change and why so many people are against it. I’ve written more than I meant to about other things so i’ll try to keep this brief. Nowadays there are far too many companies (including but not limited to game designers) that seem to be obsessed with innovation for the sake of innovation. You’ll get some examples of this when I post my review on Dead Space 3, but you only have to look as far as Facebook whenever they change their layout to get the idea.

They say that if it ain’t broke, don’t fix it. That idea doesn’t quite apply to this discussion, but it’s the only semi-relevant quote that came to mind. If whatever you’re going to do to my game or social networking site or whatever doesn’t benefit me in a tangible way, don’t bother. Your money and time would be better used elsewhere. I haven’t mentioned them yet, but if these points make you think about some of the new features advertised for the next generation consoles, you’re on the right track.

Once again, a quote for you to enjoy:

“I shall grieve, and I shall weep for what I have lost. But I will never regret.” – Modified from Fate/Zero (Rider)

I'm a Gamer that dabbles in a little bit of everything. I'm big on Video Games, Visual Novels, Anime, Books and TV Series, but there's more to me than just those!
View all posts by Silvachief →
This entry was posted in Weekly Ramblings and tagged 5 Centimeters Per Second, Anime, anime movie, change, Fate/Zero, Magi, Magister, Manga, Negi, Negima. Bookmark the permalink.

6 Responses to Weekly Ramblings 3 – 5 Centimeters Per Second, Negima and Change