Wow, this week’s been pretty busy! We broke our record for most visitors in one day…twice! Thanks again to all you folks reading, commenting and sharing! That’s enough exclamation points for one post, so it’s time to move on. This time i’m gonna share a little bit about how I watch anime, my love/hate relationship with Mojang’s super-game Minecraft and how I feel about Happy Endings in GSNs (games, series or novels).

As I alluded to in my last editorial, i’m a bit of a lightweight when it comes to anime. It’s probably been about 4 years since my imagination was captured by the stories that just couldn’t be portrayed well with live action, though I can’t say i’ve caught up much. I see a lot of blogs with single episode reviews that I can’t read because i’m not watching the series, and to be honest I don’t think i’ll ever read them…or at least not until I finally manage to catch up with the amazing series that have already been released. Anime like Fullmetal Alchemist Brotherhood, Angel Beats! (review pending), Fate/Zero and…well, the list goes on, but they’re series that shouldn’t be missed, so i’m going to take my time going through them all before I get to the new releases.

But i’m here to talk about habits, and mine have to fit into a student’s schedule. I generally have two series on the go at any one time – one to watch with my girlfriend and one in my own time. In my own time i’ll watch anime in the library while I have lunch in between lectures and study sessions, so that’s one down most days. Then, if nothing’s going on around dinner time i’ll get through another episode while i’m eating, but that’s a little less common. When i’m watching with my girlfriend it may not even be anime (in fact it’s Doctor Who at the moment), but we’ll watch up to three episodes a night. I’ve mentioned it a few times on various blogs, but marathoning anime just isn’t my thing. It’s mostly because watching something is generally a passive experience and I can’t sit still all that long; I prefer gaming most of the time. In any case, there are the reasons I crawl through anime so slowly. 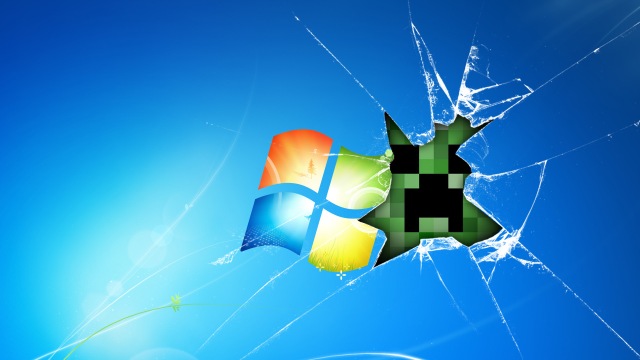 I don’t know about you guys, but that there is one of the most terrifying pictures i’ve ever seen. If you know what i’m talking about then you’ve probably played Minecraft, if you haven’t then you probably should. Minecraft came out of nowhere a few years ago from Swedish developer Mojang. The graphics were terrible, but the possibilities it presented caught people’s imagination and it quickly became a huge success. The concept is pretty simple: you’re plonked down in an infinitely growing world in which you can do pretty much anything you want, which for most people means exploring, gathering materials and building – and the things that get built are pretty amazing.

In the following video every single block has been gathered and placed by hand, no cheats involved, by a community of people over one year. It’s been modded to improve the graphics and to be honest, it looks absolutely amazing.

Obviously that took a lot of time, and time isn’t something I have a lot of. I love Minecraft, I really do, but I just don’t have the patience and, let’s face it, the creativity to make those huge structures. I’ve entertained delusions of creating whole countries with towns connected by roads and even castles protecting the borders, but that’s never actually going to happen until I win the lottery (which will happen – believe it! >.>). If you haven’t given Minecraft a go I highly recommend it; if building isn’t your thing then the exploration, survival and combat aspects should be more than enough to keep you entertained (I remember the first time I played – the world ceased to exist for nearly six hours and I missed dinner). I won’t be building anything great any time soon, but you might be able to.

Because i’ve spent the last few weeks discussing actual ideas and concepts rather than specific games at the end of my ramblings, I should probably keep it up. In an upcoming review (I think) I mention that endings are incredibly hard to get right. How can you wrap up everything that’s going on in a way that’s satisfying for your viewers while also making it memorable? The ending is the bit that everyone remembers and it’s crucial to get it right.

Happy Endings are generally the way to go; viewers won’t forgive you for killing off their favorite characters (though some anime do manage to pull it off), but the cliché happily ever after isn’t going to cut it either, or at least it’s not going to get your GSN on the map (wouldn’t it be impressive if that actually happened?). Some writers do go for the Happy Ending, and that’s fine, but others find ways around it, and the best writers can make you accept an ending that isn’t quite so happy with excellent writing and an element of give-and-take (by which I mean an ending where something is lost but an even worse outcome is avoided). Then there are some writers (and i’m not making this up – some of you will know exactly what i’m talking about) that think the protagonist turning into a tree is an acceptable ending. It is not. 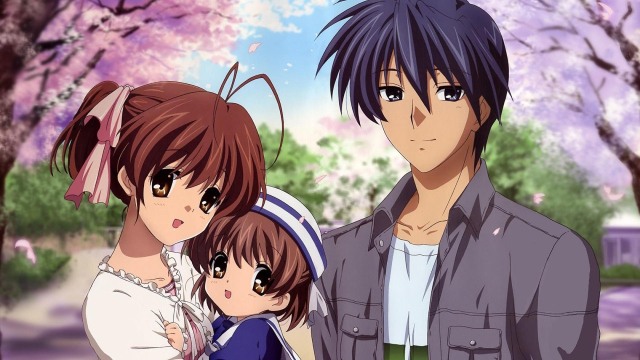 Visual Novels present the easiest opportunity to work around a bad ending: multiple endings. Examples are titles like [Really Minor Spoilers] Kira Kira and Clannad [/Really Minor Spoilers], though I won’t go into details here. By using multiple endings writers can evoke an emotional response by showing what could have happened, before giving you the Happy Ending that those characters deserve. It’s a little awkward but it works pretty darn well.

My examples of the last type of ending are [Really minor spoilers] Little Busters! and Angel Beats!, both of which have exclamation marks in their titles; I wonder if it means anything? [/Really minor spoilers] In any case, one of these has an ending that isn’t particularly ideal (it was almost heart-breaking really) and one of them has the potential to end badly but progresses past it to an ending that should satisfy everyone. The former ending was really good, but it’s the latter that I really want to talk about. The writing of that second ending was so magnificent that I really wouldn’t have minded if it had finished while things still looked bleak – there aren’t many GSNs I will say that about, so you should just try both of the ones mentioned above to find out which one I mean! And no, this isn’t just part of my master plan to get everyone to experience the things I liked, promise! In any case, the reason I bring this up is because there is undeniable evidence that not-so-good endings can be done well, so writers shouldn’t be afraid to try them more often.

As long as an ending gives closure and doesn’t completely ignore the feelings of the reader/watcher/player, you can do whatever you like with it. It’s not that easy, of course, but following those general guidelines will put you on the right track.

Some people are going to find this post who are looking for other sorts of Happy Endings. They won’t find them here, but I hope they aren’t too disappointed.

“Running away is the easiest choice to make, but it should also be the hardest.” – Modified from Ef – A Fairy Tale of the Two (Miyako)