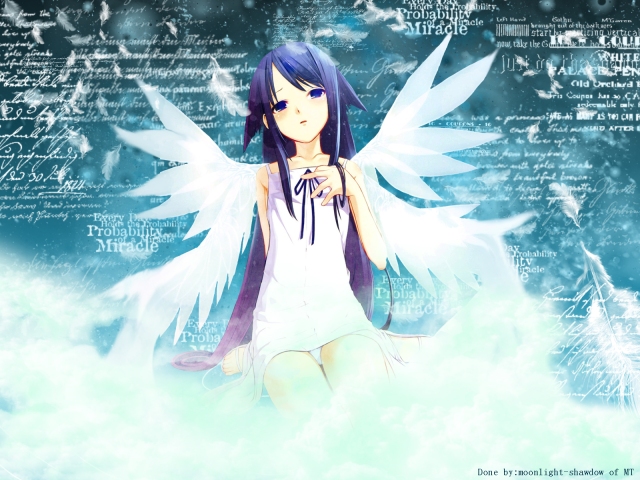 [Quick Note: You know the drill, this is an older review. I’ll stop using that excuse soon (next week, in fact), I promise! I reworked this one a little before posting it because there was a little too much personal feeling getting through. Hopefully the tone isn’t too inconsistent for you.]

Saya no Uta is one of those titles that there will be a lot of different opinions about – some will think my rating is too low, and some will think my rating is too high. The reason for this is that Saya no Uta has a rather radical concept and manner of execution. There are those that would praise it for taking a risk and following a story that others wouldn’t be comfortable with (which is a hallmark of Nitroplus, really), while the more squeamish of us would condemn it for going too far. I lean towards the latter camp, but I also recognize that Saya no Uta has an interesting concept as well as a reasonably high technical quality, so hopefully I can justify my viewpoint during the course of the review.

IMPORTANT: Saya no Uta is not for the faint of heart. I’m really not kidding. It is an incredibly dark visual novel and contains several scenes that are meant to make the reader feel a little queasy or perhaps downright disgusted. There are also a number of adult scenes that go above and beyond (way, way beyond) what would be considered normal. Play this one at your own risk – you have been warned.

The protagonist of this tale, Fuminori Sakisaka, suffers from a terrible mental disease as a result of a car accident that also killed both of his parents. His condition causes him to see the world in a completely different way: the environment consists of disgusting amalgamations of blood, guts and cartilage, and the people around him are transformed into horrific gelatinous monsters that terrify him. On top of this the changes to his other senses are consistent with what he sees – sounds are distorted and otherworldly, and the food tastes as bad as it looks to his warped mind. 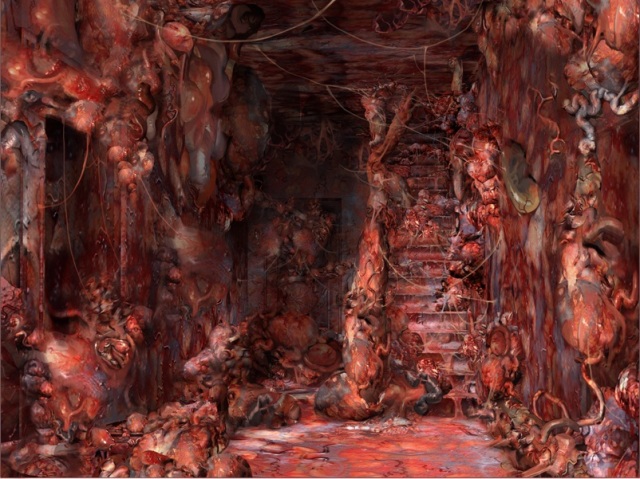 As Fuminori drifts way from his friends and the others he knows, unable to stand being near the creatures that disgust him so, his salvation appears in the form of a young girl that appears to be normal: Saya. A bond immediately forms between the two, as Saya attempts to help Fuminori lead a normal life. But what’s so special about Saya that makes her appear normal? Is the answer to that even worth knowing?

Saya no Uta’s story was not one that kept me on the edge of my seat, despite making me squirm on multiple occasions. The concept itself was an interesting one that had a lot of potential, but Nitroplus’ interpretation of that concept wasn’t all that entertaining, focusing more on shock factor than any of the more interesting aspects they could have explored. This isn’t so much a story that tries to scare you with atmosphere as it is one that tries to be outright disgusting. Having said that, I found myself drawn onward by some sort of morbid curiosity that lead me to finish all 3 routes. Though there are several literary devices that you might call plot twists, they’re all so incredibly obvious that you see what’s coming long before it actually happens.

Due to Saya no Uta being a short VN (and that in no way counts against it), it’s hard to evaluate the quality of the characters, especially since some of them only show up in a handful of scenes. Fuminori himself is incredibly hard to identify with, but then again I’ve never experienced what he has and I’m sure that anyone living in such a skewed world would be adversely affected by it. While his complete lack of will to seek help for his condition is difficult to understand, his spiral into what I can only think of as madness is consistent throughout the story and even though he’s not the kind of guy I would want to spend time with, I can’t call him a bad character. 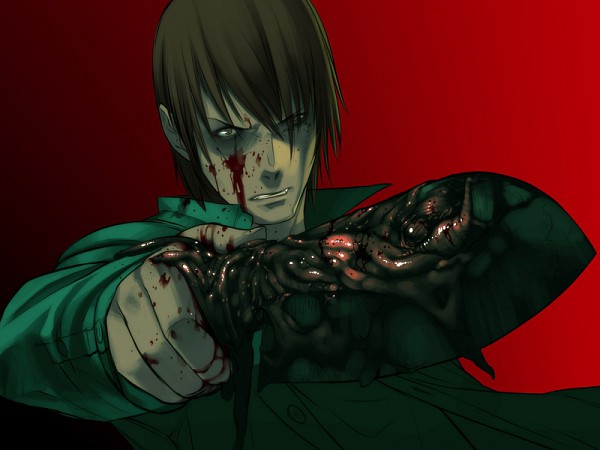 Saya’s character as an idea is a great one, and I think that if the writers had focused more on character development and trying to tell an actual story her tale could have been very interesting. Given the aims of Saya no Uta as mentioned earlier, however, her potential isn’t realized in this visual novel. Along with the protagonist and Saya there are some side characters…but none of them are particularly exciting. In a story of this length it’s hard to develop side characters sufficiently for the audience to care about them, so I don’t fault Nitroplus for being unable to do so. Overall Saya no Uta’s cast didn’t do anything for me, but with a longer novel and a better plot there would have been more opportunities to sell them to me and I think they would have sold eventually.

For an older, shorter game the visuals were quite nice. Nitroplus, working within their usual darker style, did a good job of displaying the disturbing, horrifying scenes Fuminori encounters, and even includes an option to blur those CGs if the player can’t stand that sort of thing (but then why would you be reading this novel?). I almost guarantee that you will squirm at the sight of some of the background art as well. The sound also plays a part in displaying the protagonist’s plight, with the voices of others sounding distorted to his mind as if the words are being formed by inhuman mouths, giving you at least a little insight into the extent by which Fuminori’s world has transformed. The soundtrack wasn’t anything special, but I can’t complain about it either.

Saya no Uta has 3 endings that are all really easy to get and cover all of the obviously possible outcomes to the story. Once you’ve branched off of the main story you don’t have long to wait for the conclusion, but two of the routes are really quite similar right up till the very end. There are rather short epilogues for each of the endings, but that’s par for the course with this length of novel. Is it worth getting them all? Probably. I mean, it will only take you an extra 30 minutes.

Summary – Saya no Uta has an interesting concept that is lacking in execution, though I would be the first to admit that I haven’t enjoyed Nitroplus productions in the past so if you’ve like their other work you may like this too. The technical aspects are above average for the age and length of this game; you can see that some real effort has been put into its production. However, as far as i’m concerned, that’s not enough to save it from mediocrity.

Here’s the OP for you folks that want to check it out:

I'm a Gamer that dabbles in a little bit of everything. I'm big on Video Games, Visual Novels, Anime, Books and TV Series, but there's more to me than just those!
View all posts by Silvachief →
This entry was posted in Reviews, Visual Novel Reviews and tagged Nitro+, Nitroplus, Saya no Uta, Song of Saya, Visual Novel, visual novel review, VN. Bookmark the permalink.