Posted on September 7, 2014 by Silvachief 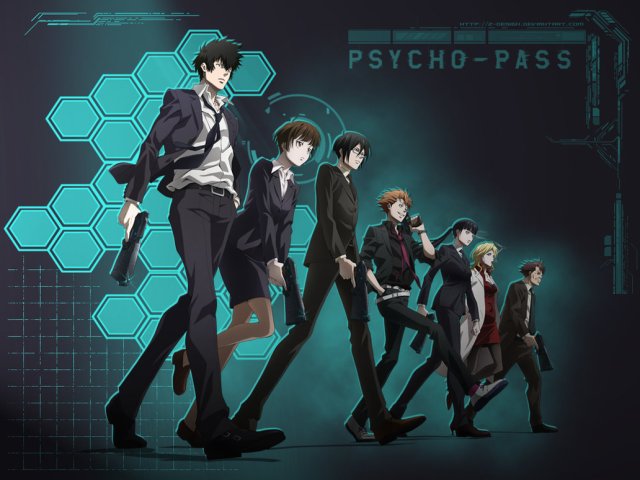 A while ago I talked about why some reviews were easier to write than others, with the harder ones being for the titles you just don’t care about. However, that doesn’t mean that all of the shows you don’t care about aren’t well made. Psycho Pass, much like Baccano which I reviewed earlier, has good writing and is presented well but failed to capture me and get me interested in what was going on. I’ve decided to call this phenomenon “Psycho Pass Syndrome”, just because it sounds cooler than “Baccano Syndrome”.

What would it take to rid the world of crime? How could you create a utopia with nothing to distract people from how they can best contribute to society? How can you suck the spice out of life without anyone noticing? In the year 2133 the revolutionary Sibyl System is capable of measuring all aspects of a person’s mental state. It decides which jobs they are best suited for, what they can do with their lives and even the probability that they will commit a crime. With street scanners picking up “latent criminals”, those who have yet to commit a crime but probably will, cities are safer than they have ever been before. Akane Tsunemori has been newly appointed to a position at the Public Safety Bureau’s Criminal Investigation Division. The Sibyl System needs enforcers, and Akane will quickly learn that the System isn’t as perfect as it might seem. 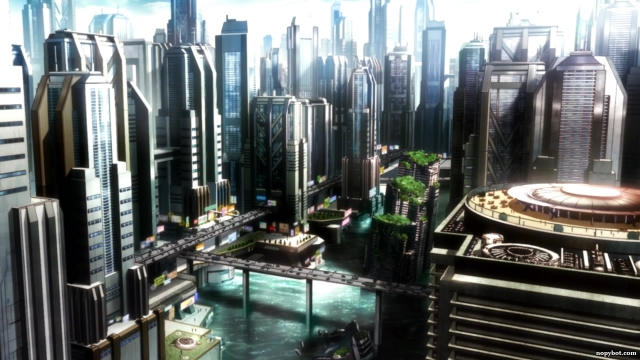 The concept of a “Utopian Dystopia” isn’t a new one, especially where supercomputers are involved. Psycho Pass, however, manages to take the idea and make it its own to create a detailed and interesting setting for its story to take place in. The positive and negative consequences of the use of the Sibyl System and the infrastructure built around it are constantly explored, with engrossing comparisons between past and future, and impact on the individual as opposed to the group making for some very entertaining watching. Unfortunately, for me, that’s where my enjoyment stopped.  The overall story Psycho Pass tells, once you’ve looked past the setting, is forgettable. That doesn’t mean it was bad though. As much as I usually hate talking about themes, the story did its job of facilitating their discussion (whether internal or otherwise) admirably, and that’s really all it aimed to do.

One of my issues with Psycho Pass is that its characters are really quite shallow. They were only there to further emphasize the themes and ideas the show was trying to put across and could have easily been replaced; there was very little to differentiate them from standard stereotypes. The side characters especially seem to exist solely to fulfil one particular major action during the series. Oddly enough, the only side character that didn’t do anything noteworthy at all was also the only one to get a background episode. Don’t get me wrong, though, it’s not that they weren’t all likable. They just weren’t special in any way and I didn’t feel any connection to them. If I finish an anime and don’t miss its characters at all, there’s something wrong with it. 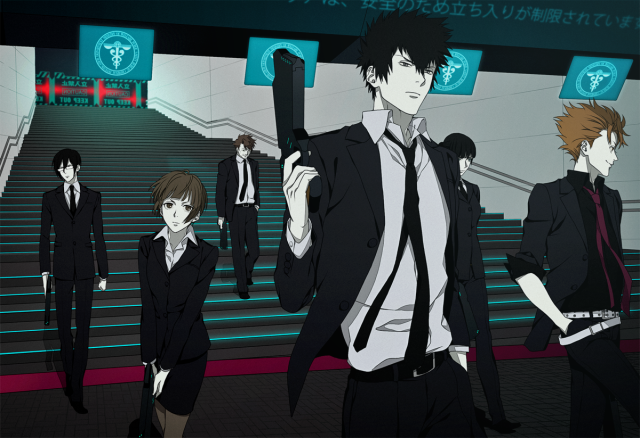 As mentioned earlier, what Psycho Pass gets absolutely right is its setting. There are a lot of really cool thoughts about what life might be like in such a future and a lot of the visuals are spot-on in communicating those thoughts. Production I.G depicts a world that has advanced hugely technologically but hasn’t quite left behind its roots and they do it well; I have no complaints about the series’ production quality. While the background music and series OPs/EDs didn’t stand out to me personally they weren’t exactly bad, so I guess I can’t complain there either.

Summary – Psycho Pass is a wonderful example of an anime that will make you think. Unfortunately, it’s also an example of an anime that focuses solely on that goal to the detriment of its other aspects. As I’ve said throughout the review, however, that doesn’t make for a bad show and I actually enjoyed the window into a possible future and all of the good and bad things it could bring along with it. If you think that would interest you then give Psycho Pass a go, but if you think you’ve already seen enough in the same sort of vein it doesn’t do anything special that would make me recommend you go out of your way to watch it.

I'm a Gamer that dabbles in a little bit of everything. I'm big on Video Games, Visual Novels, Anime, Books and TV Series, but there's more to me than just those!
View all posts by Silvachief →
This entry was posted in Anime Reviews, Reviews and tagged Anime, production I.G, psycho pass, Review. Bookmark the permalink.