[Visual Novel Review]: G-Senjou no Maou – The Devil on G-String

Since first reading it nearly three years ago G-Senjou no Maou has continued to be one of my favorite visual novels (pipped out only by Muv Luv Alternative). The first time around it floored me with its compelling narrative that redefined my expectations of fiction as a whole, so seeing it receive an official localization is absolutely fantastic and I would even go so far as to say that it’s a privilege to finally be able to review it. While my second reading didn’t quite have the same impact as my first for reasons I’ll explain, the emotion and excitement imparted by G-Senjou no Maou have remained just as potent over time, and I think that’s pretty special.

Azai Kyousuke leads the very definition of a double life. Due to his connection to the yakuza through his adopted father, Azai Gonzou, his actions and words have the potential to make or break lives on a daily basis. In order to survive the deadly game his real father’s debt forced him into, he has no choice. Conversely, school is where he goes to relax and forget about his cutthroat dealings. When a strange girl by the name of Usami Haru enters his class, however, the line between his two lives becomes thinner than ever. A devil has reared its head in Tomanbetsu City with its eyes focused on the newcomer; Maou would rather betray the world than let it betray him, and his schemes are second to none. 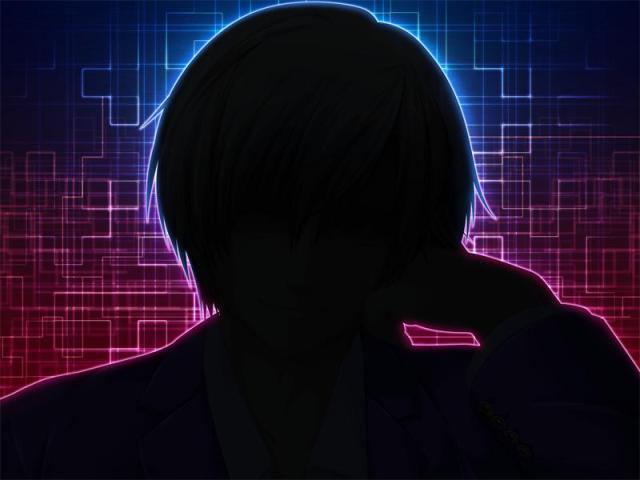 G-Senjou no Maou is utterly fantastic. I’d really like to stop the review here so you can all run off and read it, but I’m told that’s not how it works, so here we go:

It’s actually quite difficult to put into words exactly what makes G-Senjou no Maou what it is because all of its pieces fit together perfectly. No, really, I’m not just saying that. Perhaps the most obvious draw would be the complex battle of minds it presents, with amazing displays of cunning and misdirection setting the tone for most of its climaxes. The sheer level of heart-pounding, edge-of-your-seat excitement it evokes is unmatched in my experience; the twists and turns taken by the plot set its readers’ expectations and predictions on end over and over again without even stopping for breath and even though I remembered each and every detail of what was going to happen even after three years I couldn’t help but get caught up in the events racing by on my screen. The writing style employed facilitates a sense of involvement that complements the setting of a relatively normal town with relatively normal people beautifully, allowing the reader to join in on the surreal (but possible) experiences that turn average into extraordinary. To clarify: The quality of writing in this visual novel is impressive.

Featuring some of the deepest characterization I’ve ever encountered, G-Senjou no Maou’s cast is similarly excellent. There’s a focus on how different life experiences have led to the development of the personalities involved that further establishes the “real-worldness” of the situation at hand. That is to say that the characters, their motivations, their thoughts, and how their pasts led them to where they are today are all explored and believable. Even those that may seem to represent the usual archetypes at first are developed and justified as the novel progresses. Each individual is easy to empathize with in one or more ways, making it easy to become emotionally invested in their experiences. The protagonist, especially, is a novel character to follow, successfully moving beyond the normal and bland male lead role to become someone that is just as interesting to follow as the heroines. Because I don’t want to spoil too much, I’ll just say that his inner conflict is very interesting. 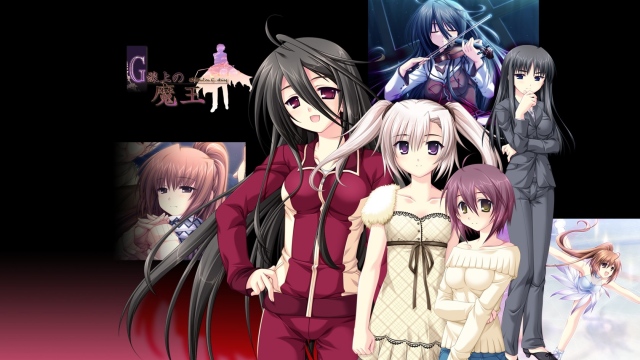 I think it’s worth mentioning that I’ve heard others complain that the VN takes a while to get to its good stuff but in my experience, especially compared to other popular titles like Grisaia no Kajitsu, that’s not really the case. In my opinion the pacing, that is the balance between plot-heavy and relatively superfluous scenes, is handled well. The one point of weakness I want to highlight is related to this being my second reading. G-Senjou no Maou relies heavily on its twists, as I’ve alluded to already, and without them it loses some of its impact. I didn’t lie when I said I got caught up in the excitement and emotion just as much as my first playthrough but I can’t deny that the replay value here is limited by how much you can remember. Of course, that doesn’t mean anything to new readers, so you can ignore that sentence. Because I don’t want to include a purely negative paragraph (and definitely not because I need to make it look bigger), I’ll say here that G-Senjou no Maou has one of the best endings in the medium. It’s difficult to end a story in a way that satisfies fans but Akabei Soft2 has done incredibly well here, crafting a conclusion that is emotionally powerful, consistent with the tone of the preceding visual novel and satisfying.

Alright, because this is one of the few officially localized titles I’ve played before I find myself in the rare position of being able to fully evaluate Sekai Project’s localization effort. To begin with, I want to say unambiguously that I am happy overall with how G-Senjou no Maou has been brought to the English audience. The translation flows well for the vast majority of the time, feeling like a novel written by a native speaker, though there were some rare odd and unnecessary word choices (like the use of the pet name “baby” when it didn’t really suit the characters and there was no need for it in the Japanese). It’s also worth noting that portions of the CGs were cut away to alter their aspect ratio and allow for HD/widescreen release; I’ve included an example to demonstrate this and it looks pretty dramatic but the truth of the matter is that I didn’t notice any detrimental effect while playing so in the end I’m not taking away any points for it. As this is a Steam release R18 CGs have been removed, though the cutting around them does seem a little clumsy when compared to other such titles (like Aselia the Eternal, which I didn’t even realize had H-scenes until I was told). Having said that, however, I can’t imagine an ideal method of removing those scenes in a novel like this that wouldn’t require some scene re-writing or outright scenario-changing, so once again this is not an aspect that will affect my score.

When it comes to artwork and soundtrack, G-Senjou no Maou wins some major points. With reference to musical instrumentation in the title, it’s not surprising that BGM and music make up important aspects of the visual novel as a whole. Many of the tracks take the form of altered or remixed pieces of famous classical music that accompany their respective scenes wonderfully. G-Senjou knows exactly which songs need to go where to complement the excitement or emotion a particular scene is trying to convey. On this reading I was forced to admit that while the art is very enjoyable and portrays events and characters well, it’s not quite at the level of today’s HD artwork (which is fair enough for a 2007 release). Character and costume designs have fantastic attention to detail and the general choreography of the CGs is skilfully done, but the critic in me can’t help but point out that some (and only some, mind) of the facial expressions and poses don’t quite fit as well as they could.

Summary – G-Senjou no Maou is my second favorite visual novel of all time and on a second playthrough it has defended its title admirably. A twisting and turning narrative with a focus on great minds in conflict will keep any reader on both their toes and the edge of their seat (impressive, huh?). It’s not often you find such an enjoyable cast defined by intriguing and well-explored backgrounds that justify their diverse personalities, and it’s difficult not to be caught up in their emotion. Additionally, the classically-themed soundtrack is a joy to listen to alongside character sprites, CGs and backgrounds bringing the story to life despite their age. Despite some minor concerns, Sekai Project has done a great job of localizing this visual novel classic.

I'm a Gamer that dabbles in a little bit of everything. I'm big on Video Games, Visual Novels, Anime, Books and TV Series, but there's more to me than just those!
View all posts by Silvachief →
This entry was posted in Reviews, Visual Novel Reviews and tagged Akabei Soft, devil, G-Senjou no Maou, g-string, maou, Review, sekai project, senjou, the devil on g-string, Visual Novel, VN. Bookmark the permalink.

13 Responses to [Visual Novel Review]: G-Senjou no Maou – The Devil on G-String