[Anime Review]: No Game No Life

Posted on February 6, 2016 by Silvachief 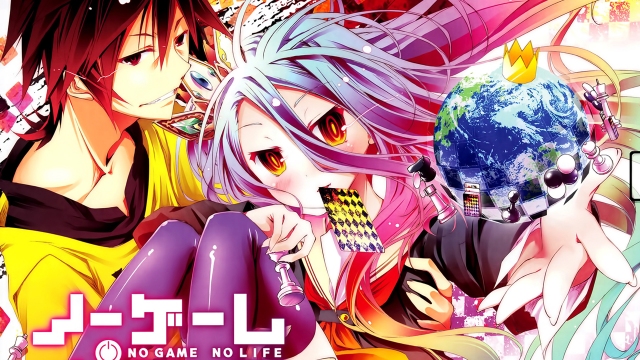 No Game No Life immediately ticks a number of boxes on the list of “Things I Like In Anime”, so it should be no surprise that I’ve been looking forward to watching it for a long time. For the most part that hype was duly rewarded and I was in fact surprised by some of the features of the show that I enjoyed the most. Unfortunately the series also spends what I feel to be a detrimental amount of time on fan service which, while allowing for a modicum of extra comedy, ultimately detracts from what the story should be focussing on. That said, there’s a lot of fun to be had in watching No Game No Life, so if you can see past its low points (or even enjoy them, I suppose), then you can consider it recommended by The Geek Clinic.

The Blank, the ultimate gaming duo that have never lost a match of anything, consists of hikikomori (shut-in) siblings Sora and Shiro. While the two may excel at anything virtual, merely considering the responsibilities of real life renders them incapacitated.  So, naturally, when they are transported to a world where competitions and games of wit have replaced all war and conflict, The Blank are in their element. In this new land humanity has been decimated. Against fifteen other races with potent magic, preternatural physical ability and contempt for all who are deemed beneath them, the nation of Elkia simply hasn’t had a chance. With more weight than ever before on their shoulders, Sora and Shiro advance without hesitation – For they are The Blank, and The Blank never lose. 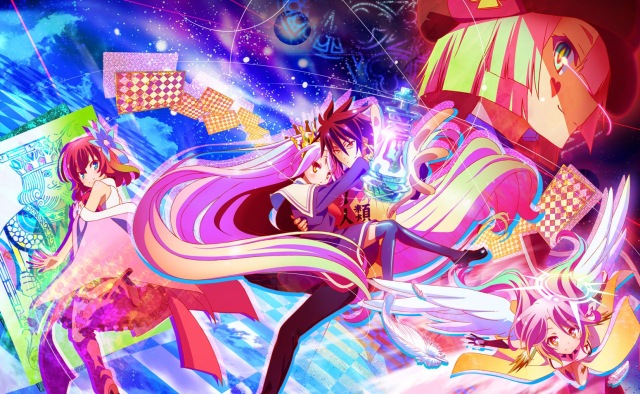 Okay, so I may have misled you a little. No Game No Life does not have the same kind of atmosphere as, say, Death Note or Code Geass, in which adversaries constantly plot against each other to the delight of the audience. In contrast, it’s more like a magic show where the viewer is entranced by the spectacle before the miraculous reveal at the end of it all. The games, being more about showcasing intriguing variants of what we’re used to in reality than anything else, are a lot of fun to watch and facilitate an impressive amount of humor. While they don’t follow the same logical course that makes those other series I mentioned so successful, they all make sense within the context of the story and are above all entertaining, so I would say No Game No Life succeeds at what it was aiming for in that department.

Outside of the games, things are a little more variable. Dragging humanity back from the brink of defeat against woefully superior foes? I’ll get behind that every single time. It’s exciting, and the politicking in No Game No Life does a fantastic job of supporting that theme. Additionally, the setting in which the story occurs is fantastically unique, manifested in the way its history and people are portrayed. As mentioned earlier, however, the show falls down a little due to its fan service, or rather because of the opportunity cost associated with it. I’ll be honest, it’s a little hard to take things seriously when some of the main characters’ chests refuse to obey the laws of physics and, while some of them were quite funny, the associated jokes don’t make up for those deficits. Once again, fan service itself doesn’t lose points for the show but the way it interferes with other aspects does. Before I move on, I should also clarify that the humor used is often of the Japanese/Harem staple variety, and doesn’t always hit its mark. 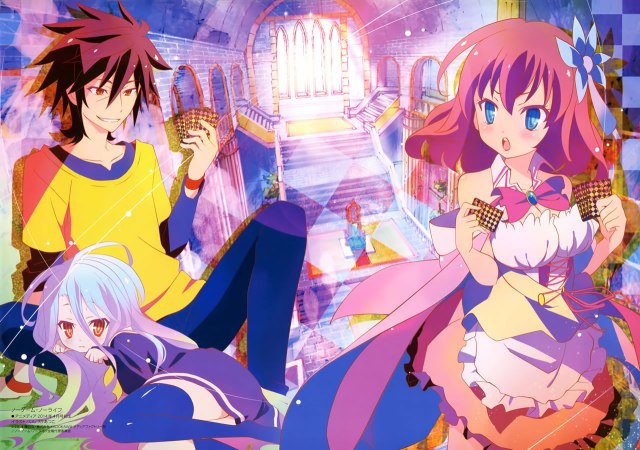 Perhaps one of my favorite features No Game No Life has to offer is its visual style. Backgrounds look wonderful in a way that few anime manage to realize and the design of the world itself is a major asset to the series. Character visuals also come to the fore, with comedic facial expressions being used to good effect in addition to the already pleasant overall designs. It just looks nice. To be frank, I don’t actually recall much about the background music so I can only assume it did its job without standing out hugely, and the voice acting was of as high a quality as usual.

Summary – No Game No Life is a lot of fun to watch. A masterpiece it may not be, for a number of reasons, but its concept, setting, characters and visuals all come together to make something that I have to recommend. The fan service is implemented in a way that is detrimental to the overall experience, however, so that may very well turn you off in itself. 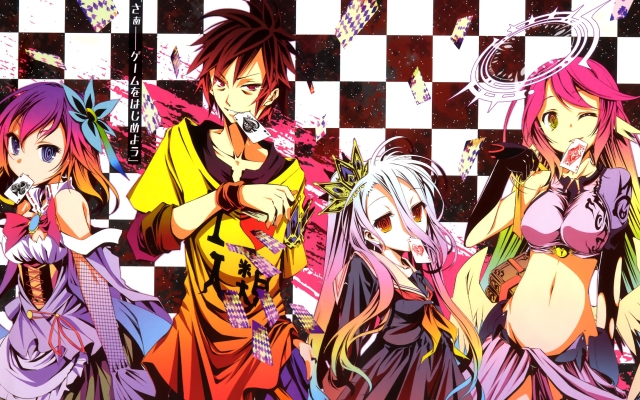 I'm a Gamer that dabbles in a little bit of everything. I'm big on Video Games, Visual Novels, Anime, Books and TV Series, but there's more to me than just those!
View all posts by Silvachief →
This entry was posted in Anime Reviews, Reviews and tagged Anime, Madhouse, ngnl, no game no life, Review. Bookmark the permalink.

4 Responses to [Anime Review]: No Game No Life