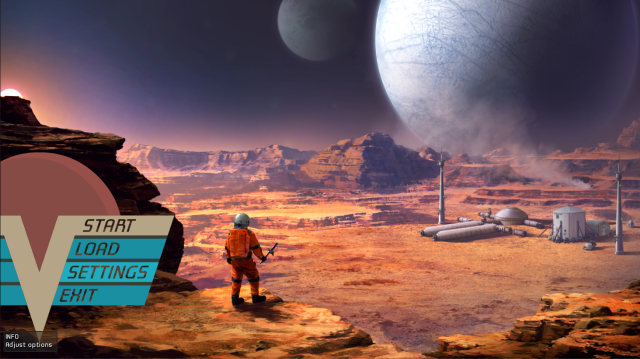 [A review copy was kindly provided by Illuminated Games]

A little while ago I was approached by the writer of the well-known Mount and Blade series and asked to review his new game, The Next World, which is a hybrid visual novel and resource management game. Having played some of his previous work I was interested to see if we had a new contender in the OELVN scene on our hands. Unfortunately, though presented well, The Next World does not break any molds with either its writing or gameplay.

The Exodus and its crew had planned to travel to and colonise a distant planet in a first for humanity and science. However, now stranded in a hostile environment with almost half of the individuals that had been on board lost, that goal has shifted to one of simple survival. As a member of the bridge crew, the highest ranking officers from the ship, it is your job to protect the people under your command from the elements, starvation and even themselves. Because, as far as you can tell, The Exodus’ crash landing might not have been an accident.

To start from the position you find yourself in at the end of the summary, gameplay consists of ordering your limited number of vehicles to scavenge for supplies, investigate the Exodus’ crash site for new settlement modules (like hydroponics to create food or mining to create resources) or explore the planet around you. You need to make decisions on what to do each day while also balancing the supplies you have left against the morale and health of your surviving crew, perhaps choosing to sacrifice their wellbeing by rationing to ensure you can all live to see another day. Occasionally there are visual novel segments with choices to make on a number of issues as well as random events that just kind of screw you over.

While early on it can be very difficult to keep people alive, making decisions about whether you need to desperately find supplies or take a day off to build that food-producing module relatively tricky, things ease up as fewer people turn up to eat your supplies each day. After the point at which I became self-sufficient, which was about halfway through my game, I found the gameplay to become markedly less interesting as there wasn’t really anything I needed to do to keep things running smoothly. Looking back now I have to say that even during the tougher moments there isn’t a whole lot as a player that you can do to affect what’s going on, and I’d imagine that most successful play-throughs follow a very similar script. There aren’t many gameplay choices to make to begin with (I mean, one of your vehicles can only scavenge or build at the start, so if it’s not doing one it’s doing the other), and when you consider which ones will deliver you to victory the amount of strategies you can legitimately follow is very small indeed. In summary, the resource management aspect of The Next World is limited.

The story manages to have some moderately interesting twists and turns during its course and allows you to pick one of two characters to play as which will offer different challenges in terms of the choices available to you during the visual novel segments. The writing style is pleasant to read but the short length of the story means that each scenario feels like a small aside or episode in the face of a greater picture rather than an integral piece in the struggle to survive. The individuals portrayed feel like they could be real people but there isn’t actually a whole lot to them. Beyond a quick “tell me about your past” conversation near the beginning with some of the characters there aren’t any interactions that allow the player to form connections, which in turn limits the game’s ability to evoke emotion; it was easy to see what the characters were feeling, but I never shared those emotions myself. I think something like 300 of my colonists died as I played but they never felt like anything more than numbers.

As you might have inferred already, the visual novel and gameplay aspects of The Next World do not mesh well. They feel separate, having little effect on each other’s course beyond their mutual potential to end your game. I think the overall product would have done better as a dedicated novel, with more time given to fleshing out each challenge faced by the colonists and also to developing the colonists themselves.

Visually, The Next World looks simply okay. The art fits the feel of the story without impressing and the UI is functional. There’s no voice acting, which is fine, but the number of BGM tracks is very limited. Music goes a long way toward setting a mood and while I would grudgingly admit that The Next World’s is adequate it doesn’t do much to contribute positively to the experience.

Summary – While The Next World presents a pleasant package, it fails to cover any new ground with either its writing or gameplay features over its roughly 3 hour run-time. The resource management component is too limited in scope to be truly fun and while the concept behind the story has potential, with several interesting plot developments taking place, the characters and experience as a whole remain 2-dimensional throughout. If you feel like fooling around with a stranded-on-a-hostile-planet game you can’t go too far wrong with The Next World, but given its price and short length you can’t go too far right either. 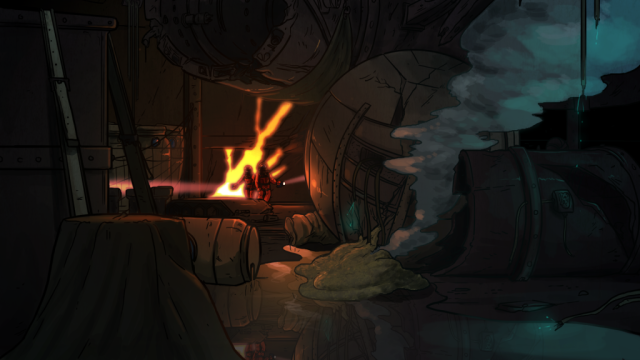 I'm a Gamer that dabbles in a little bit of everything. I'm big on Video Games, Visual Novels, Anime, Books and TV Series, but there's more to me than just those!
View all posts by Silvachief →
This entry was posted in Uncategorized. Bookmark the permalink.

5 Responses to [Visual Novel / Video Game Review]: The Next World