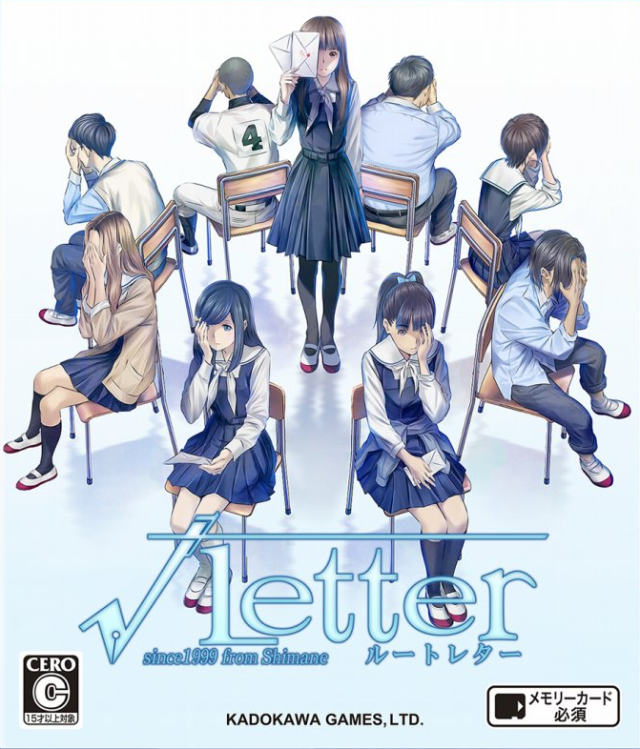 [A review copy was kindly provided by Pqube]

[Pqube has had no input into the content of this review]

For me this is a particularly exciting review, as it marks the first title for which The Geek Clinic has received a review copy that is not on the PC. Because of this, please note that this review concerns the PS4 version of Root Letter.

Visual Novels are commonplace on handhelds in the West and have been for a reasonable amount of time, so I jumped at the opportunity to see what might be done with a VN on a more powerful console. Root Letter is a tad different from the norm, and that’s good, with enough polish to feel like a worthwhile addition to the PS4 lineup. It’s relatively down-to-earth concept and strong characterization show a lot of promise but, unfortunately, the overall package fails to deliver more than the sum of its other bland components.

Aya Fumino. She was your penpal way back when, during a time where exams and the other trials of teenage life made a lifeline of the correspondence you exchanged. 15 years on, you stumble upon the letters you kept as a reminder, and realize that an unstamped additional envelope has joined their ranks, the message within containing an apology and an admission to murder. Troubled but curious, you head to the city of Matsue in the Shimane Prefecture to try to get to the bottom of this mystery. By tracking down the friends Aya mentioned in her letters, you might just find out what became of her…and why everyone is certain she died long before you ever knew her. 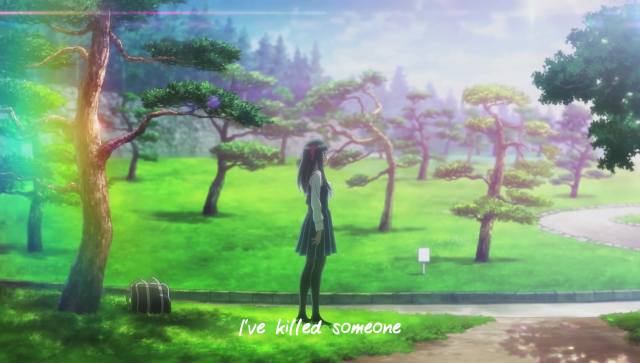 As I’ve mentioned, Root Letter is somewhat different to what I’ve come to expect from visual novels, which is somewhat refreshing. There’s no high-stakes adventure to be had here but the prospect of investigating a mysterious situation that could well happen to any real person is intriguing. It may be worth noting here that the novel appears to be aimed at the young adult audience, so anything I say about it should be read with that in mind. The game works by having you try to find Aya’s previous classmates and use their testimonies to discover what happened to her and why you might have received that ghastly final note. You do this through a mix of point-and-click exploration, gathering information from other people and investigation scenes where you use the evidence you’ve found to unravel the mysteries of any given chapter. While it sounds like fun in theory, and while the game is never bad or boring, I regret to say it’s not pulled off well in Root Letter for a couple of reasons.

Perhaps the number one reason is that the story itself turns the potentially fascinating task of tracking down your penpal into something relatively mundane (which is realistic, I suppose, but not particularly fun). Each chapter has very few revelations worth the name, with the vast majority of your time spent proving information your character already knows or has guessed rather than actually uncovering anything new. I suppose what I’m trying to say is that the lack of exciting content, of anything new that changes the playing field, so to speak, makes the mystery less fun to investigate than it could have been. Adding to this, each chapter has the exact same formula: 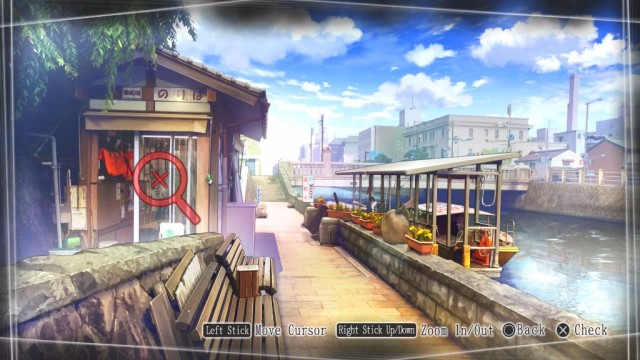 Most of the ending routes also play on information you’ve already found, and while some attempt to do something a little more interesting they’re so out of line with the rest of the story in tone that their impact is incredibly limited. In fact, one of the endings was almost a carbon copy of another ending I had played to unlock it. Thankfully, when replaying the game there’s an option to skip most of the chapters, though you’re forced to replay the latter few and very little changes with each iteration.

The final negative point I want to make before getting into the good stuff regards the interrogation investigation scenes. Along with all the normal teething problems with this kind of gameplay – like guess-what-I’m-thinking logic, where multiple pieces of evidence should be viable to prove a point but the game will only accept one – there are some lines of thinking that are simply too rudimentary to enjoy. I distinctly remember one example where I had to prove an individual was intelligent in order to have them admit their identity, which was done by selecting the dialogue option “You’re Smart!”, or something very similar. There’s also a gameplay component called “Max Mode”, where you hit the X button once the dialogue you want to select has been highlighted (it changed over time based on increasing intensity of the dialogue). Maybe it’s a translation problem, but I often found myself selecting the dialogue through trial and error because all four of the options presented to me were exactly the same in meaning. 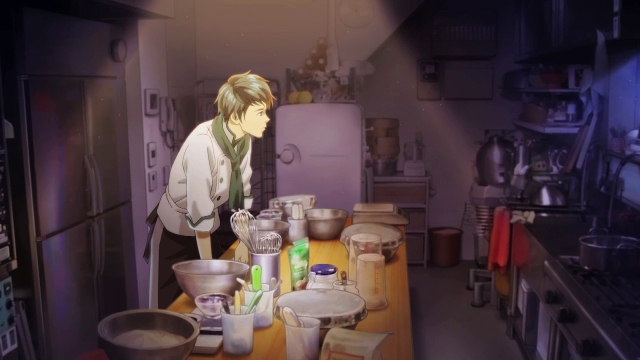 I’ve bagged on Root Letter for a while now but it’s worth mentioning some aspects it gets absolutely right. As I’ve mentioned earlier, the game feels flashy enough to belong on the PS4; the UI is clean and easy to use, dialogue boxes and portraits have interesting effects associated with them and the overall package is simply well presented. In addition, Pqube has done well with its translation, providing natural dialogue that felt like real English. And in that same vein the characters also feel realistic for the most part, each with their own cares, concerns and beliefs that were different enough to one another that they all stood out in their own way.

My favorite part of Root Letter, however, is undoubtedly the huge number of gorgeous backgrounds you discover as you play. For Japanophiles and laymen alike the number of venues and quality of the art itself should make for a hugely enjoyable insight into what Japan really looks like, and having been there myself I can attest to the accuracy of the portrayal. In comparison the character art seems a little drab, but part of that is simply style and the overall realism does the game a great service. The voice acting is as good as I’ve come to expect from Japanese VNs and the BGM performs its job admirably without standing out. 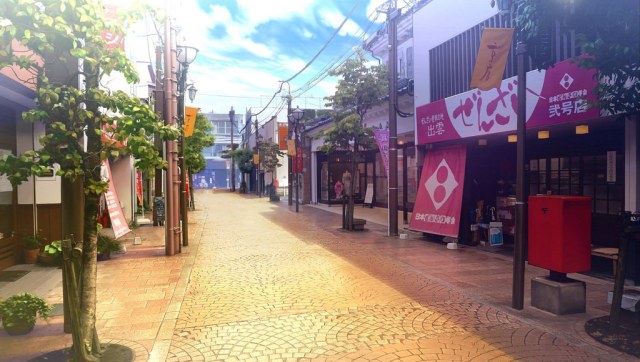 Summary – Root Letter excels in some areas but unfortunately falls down in those that are the most important. Mysteries live and die based on their ability to present new and interesting information at a reasonable pace, along with the degree to which they can make readers feel engaged with the investigation taking place, and Root Letter fails to do both of these things. That said, the realism and quality of the setting and characters go a long way toward propping the game up where it sags, and overall I found it to be a worthwhile experience. Unfortunately, however, the lack of real excitement or satisfying endings means that The Geek Clinic cannot recommend Root Letter. 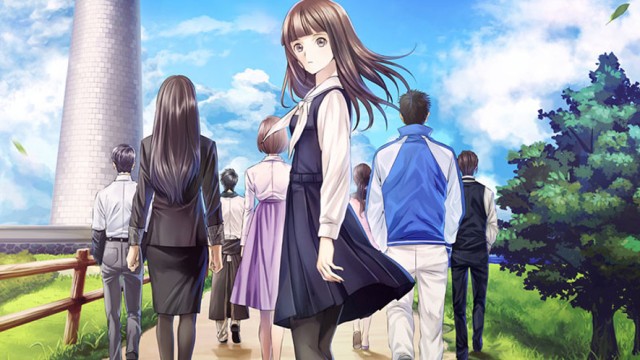 I'm a Gamer that dabbles in a little bit of everything. I'm big on Video Games, Visual Novels, Anime, Books and TV Series, but there's more to me than just those!
View all posts by Silvachief →
This entry was posted in Reviews, Video Game Reviews, Visual Novel Reviews. Bookmark the permalink.