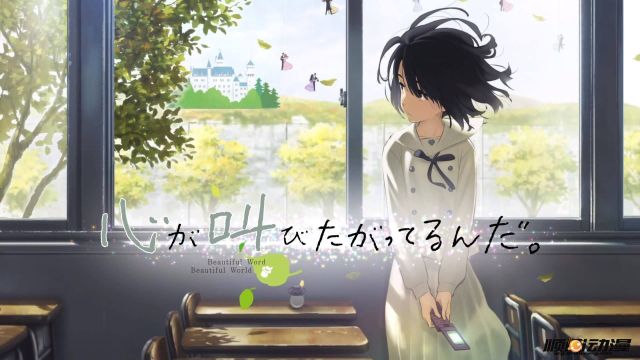 From the people who brought us AnoHana (which, as I’m sure you’ll all know, is one of my favorite series of all time) comes Kokoro ga Sakebitagatterunda, or KokoSake. The English title might be Anthem of the Heart, but it translates better to “My Heart Wants to Shout”. KokoSake is a thoroughly enjoyable animated movie that hits similar notes to its predecessors, focusing on emotional high school drama with a slight twist and a serving of comedy on the side.

Jun Naruse was a young girl who was obsessed with the castle on the hill. It enchanted her, and when she spotted her father coming out of it with a woman that wasn’t her mother, she was caught in a fantasy of princes and princesses that she simply had to tell someone about. It was that story about the medieval-themed love hotel that destroyed her parents’ marriage. Soon after, Jun was visited by a magical prince that took away her ability to speak in order to prevent her from hurting anyone else with her words. Years later with Jun now in high school, she is selected to join her class’ Community Outreach Committee and organise a musical. With the mute and the jock on the team, nobody truly believes they can succeed. 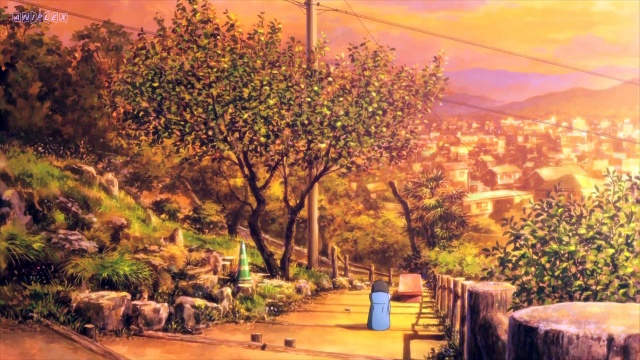 While KokoSake features some slightly odd scenes (the prince I mentioned earlier is actually an egg, if you must know), it manages to tell a surprisingly compelling story during its two-hour runtime, with its main focus being on the relationships between Jun and her mother, her classmates and the others on the committee, as well as those between the committee members themselves. Each individual has their own special story to have told, even if that telling sits away from centre-stage, with Jun being the catalyst for change in the middle of it all.

I had actually originally planned to watch KokoSake in two halves but by the time I had reached the one hour mark I found myself unable to put off the rest. Good stories trump good sleep, okay? Despite its relatively low-stakes plot, the film does an excellent job of keeping its viewers interested with new developments and jokes throughout its length. The characters are all believable and relatable, which is a must for real drama in my experience, and the emotion that pours through the screen at times is genuine. To top it off, barring one or two scenes, the plot is anything but predictable. 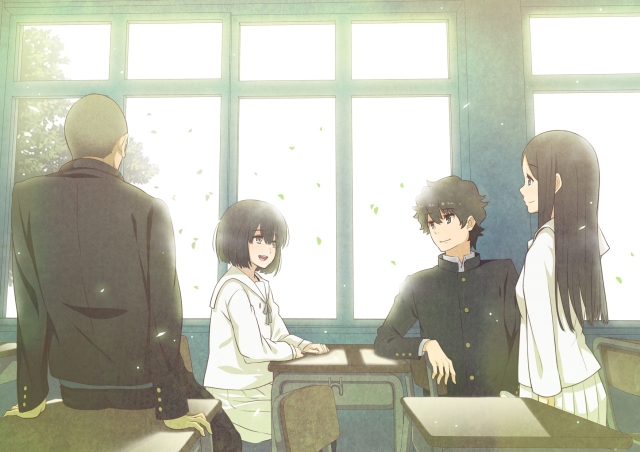 During its first scene KokoSake looks really, really nice. The kind of animation that makes you sit back and prepare yourself for what must be a really good movie if it has that kind of budget. Afterwards…well, while I can’t say I ever noticed the moment the quality dropped it became obvious that all but the close-ups were good rather than excellent. Still, it has to be said the visuals overall are very pleasant. The music is also noteworthy, with several voiced songs near the end that made me lament over the fact that there weren’t more of them (which was a legitimately missed opportunity, in my view).

Summary – Kokoro ga Sakebitagatterunda, apart from being annoying to type in full, is an entertaining high school drama that takes a few steps away from the norm while remaining relatable. It conveys humor, sorrow, joy and inner turmoil with skill and without ever becoming particularly heavy or difficult to watch, and it’s easy to feel connected to its characters. The vocal tracks near its conclusion make me wish they had been more of a focus, and overall the story isn’t necessarily one that will stick with you for an extended period of time after watching, but KokoSake is an easy recommendation to make. 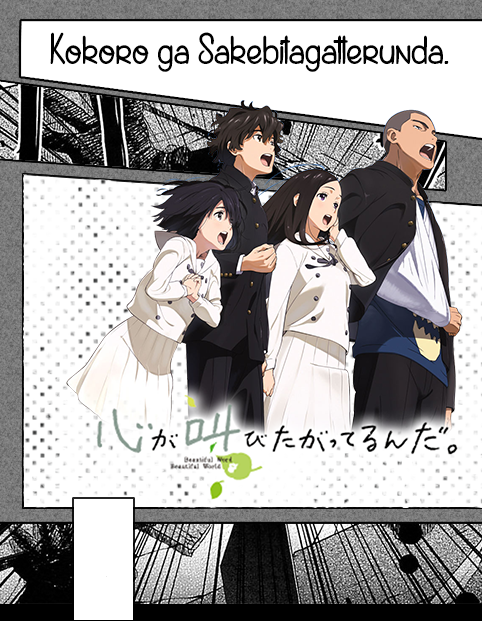 I'm a Gamer that dabbles in a little bit of everything. I'm big on Video Games, Visual Novels, Anime, Books and TV Series, but there's more to me than just those!
View all posts by Silvachief →
This entry was posted in Anime Reviews, Reviews. Bookmark the permalink.