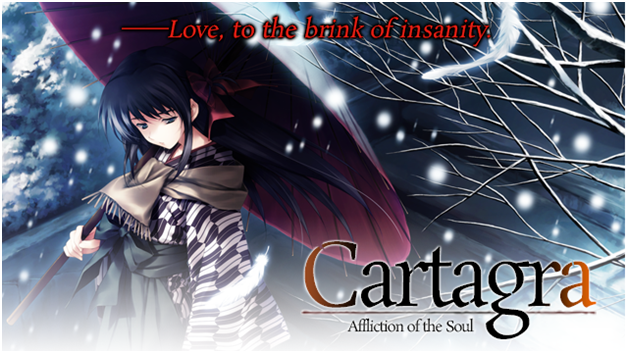 I originally played the sequel to Cartagra, Kara no Shoujo (Review Here), a few years ago now. It was a fairly decent mystery novel with a well-developed setting and interesting characters, so I was keen to see what the series’ original release had to offer. Regrettably Cartagra falls short of my expectations in a number of ways, first and foremost of those being incredibly weak storytelling from a mystery perspective. While the character and concept cameos in its sequels might be fun, I’m not sure I can recommend Cartagra in good conscience for those alone.

Takashiro Shugo is an ex-police officer, having become a sort of detective to pay his bills. His newest case, however, is somewhat odd. He has been tasked to find one Kouzuki Yura at the behest of her father and sister, the latter of which has requested to join his investigation. This job may be complicated by the gruesome serial murders that have been taking place in Tokyo’s Ueno district, as well as the mysterious religious fervour that has begun to grip the populace. Unfortunately both of those obstacles pale in comparison to a third. According to Shugo’s employer, Kouzuki Yura is already dead. 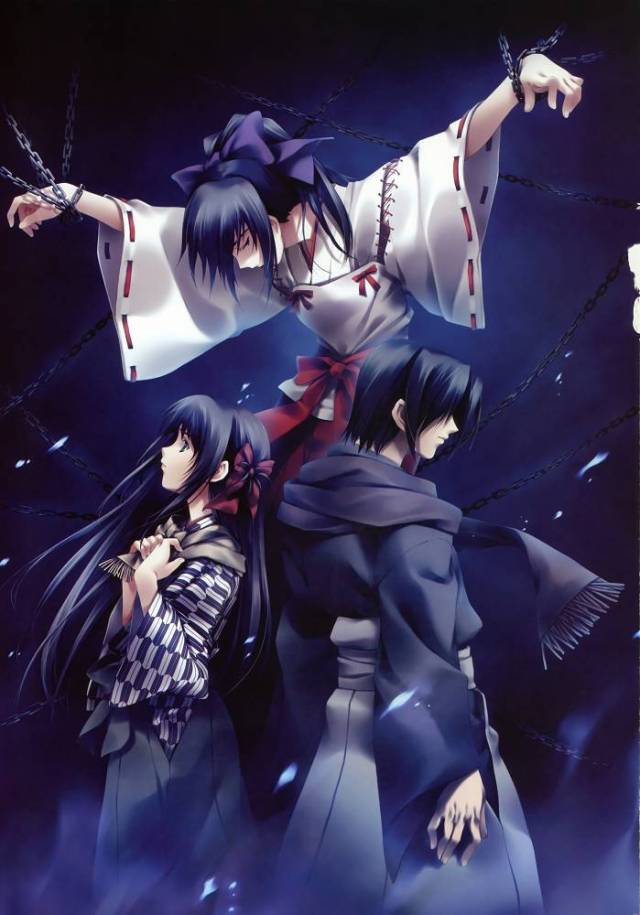 To get it out of the way: Cartagra is one of the least satisfying mystery novels I have ever read and its 2005 release date gives it no excuse. To begin with, the protagonist is an incredibly sorry excuse for a detective, very nearly accomplishing nothing throughout the course of the novel except being captured and killed during its bad endings. Naturally, of course, every heroine and their grandmother still manages to fall for him. I suppose I can’t blame Shugo, though, as deductive reasoning appears to be a foreign concept to the novel. Just about every new revelation is delivered by a side character from out of the blue via information dump, with many of the cases’ details being indecipherable from the clues previously obtained.

If I were to step back for a moment and evaluate the course of the story itself, I would be forced to admit that it isn’t terrible. Several twists and turns – that, unfortunately, are relatively easy to see coming – keep the narrative from becoming too stale. However, while there are a number of endings to be found they tend to add very little to the experience other than copious numbers of H-scenes and information that has been repeated in other routes. Some of the characters quite literally exist to show up twice and then participate in sex…I really can’t make that up. What about the characters themselves? While there are a few memorable individuals (who -do- show up in the sequels for short periods of time) the majority of them leave little impression (or, in the case of one of them, are simply annoying). 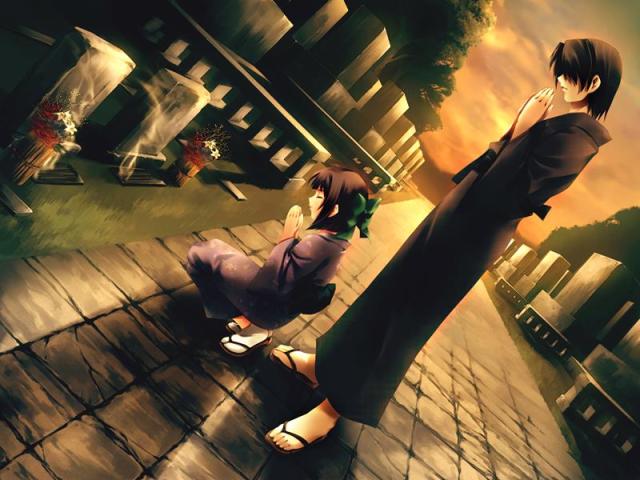 Cartagra’s art style is much the same as its sequels and does a good job of forcing the reader into the atmosphere of the novel. The backgrounds and characters -feel- like post-WW2 Japan, which does go some way toward mitigating the impact of poor writing. It’s actually been a few weeks since I played the VN as I write this and I can’t remember the BGM track at all, so I can confidently say it didn’t do much to leave a lasting impression. Since this is an official localization I have to say that Mangagamer has done a fine job translating Cartagra; I didn’t run into any typos or unnatural language.

Summary – Even taking Cartagra’s age into account, it’s a disappointment when compared to its sequels and other decent members of the mystery genre. A mixture of an ineffective protagonist and information dumping means that the cases portrayed aren’t particularly fun to follow, though I can’t deny that the concepts behind them are passable. An unfortunately jumbled mix of decent characters and those that are simply there for H-scenes doesn’t do much to redeem the production, and despite several cameo appearances in the sequels I can’t quite bring myself to recommend Cartagra unless you really truly need to know every connecting piece of information between the novels. 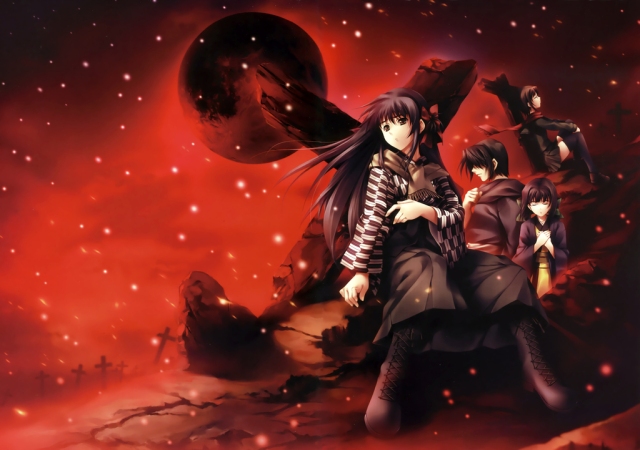 I'm a Gamer that dabbles in a little bit of everything. I'm big on Video Games, Visual Novels, Anime, Books and TV Series, but there's more to me than just those!
View all posts by Silvachief →
This entry was posted in Reviews, Visual Novel Reviews. Bookmark the permalink.