[Quick Note: You may be wondering what a Mini-Review is. So am I, but I won’t let that stop me from writing one. Jokes aside though Mini-Reviews are for when I have already reviewed one or more aspects of a game or series, or for if I think a full review would be counter-productive.]

The above title (no, I’m not writing it out every single time…) is a fandisk for Sharin no Kuni, Himawari no Shoujo. Rather than being just one story, it is split into 6 separate tales. As the characters, art style, soundtrack and setting are all pretty similar, if not the same, as the original I don’t feel that this visual novel deserves a full review – so instead I will give a quick summary of my thoughts on each route.

The first story, and for many the only reason for reading the fandisk, is all about the “villain” of the original Sharin no Kuni: Masaomi Houzuki. It’s not very often that you get to see the events that made the antagonist into who they are, and even less common to experience them in this detail. While not nearly as long as the original game, I was more than happy with the length of Houzuki’s history – I was never bored, despite the similarity to the original story, and I didn’t feel that the tale overstayed its welcome. My only complaint is that you know exactly what the plot twist will be right from the get-go (if you’ve played the original and have more than one brain cell, that is). There are very few, if any, surprises in this first story.

You may be happy to hear that the next 4 episodes are extended epilogues for each heroine from the original game. Some of you may remember that one of the only complaints I had about Himawari no Shoujo was that the epilogues for each heroine were too short, but these ones are simply too long. They’re just really, really drawn out, with nothing at all happening for long stretches at a time. Natsumi’s route was probably the most enjoyable, with a reasonable premise that didn’t bore me too much, and Ririko’s was by far the worst with there being no discernible purpose to the story at all. I came out of the first game liking Ririko quite a bit, and that opinion was complete reversed by her story in Yuukyuu no Shounenshoujo. Touka and Sachi’s routes were both very meh, and I don’t have much to say about them beyond the general comments I made earlier (though I should probablt point out that Sachi’s route is more or less a rehash of what happens in the original).

The final portion of the novel is only unlocked after playing the first 5, and stars a character from the first game that you may struggle to remember: Eri Nagumo. [Minor Spoilers]: She’s the girl that Houzuki murders for being late to the Special High Class Individual exam…by about 5 minutes. [/Minor Spoilers] 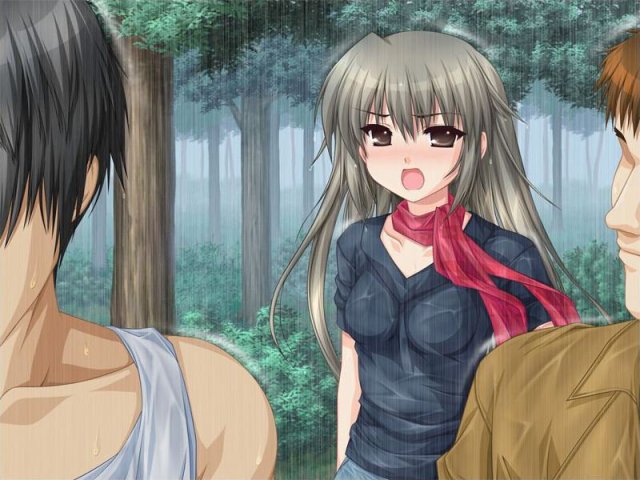 While it was short, I quite liked Eri’s route – it’s certainly a novel concept to even include, and it was pulled off well. After playing it I was able to better appreciate her role in the original novel, and even cared about what happened to her despite the relatively small amount of contact time.

Summary – Overall I would definitely recommend Yuukyuu no Shounenshoujo, assuming you liked Himawari no Shoujo (and who wouldn’t, really?), even if you only play Houzuki’s route. While the 4 extended epilogues are dry and uninteresting for the most part, especially when compared to the quality of the first game, the first and last routes are both of high quality in concept and execution.

For those of you that are interested in this fandisk, here’s the opening sequence for your viewing pleasure.

I'm a Gamer that dabbles in a little bit of everything. I'm big on Video Games, Visual Novels, Anime, Books and TV Series, but there's more to me than just those!
View all posts by Silvachief →
This entry was posted in Reviews, Visual Novel Reviews and tagged Akabei Soft, Akabei Soft2, Fandisk, Mini Review, Review, Sharin no Kuni, Visual Novel, visual novel review, VN, Yuukyuu no Shounenshoujo. Bookmark the permalink.